If you are a macOS security researcher, chances are that at some point you’ll have to perform kernel-level code debugging. While there are many great and helpful blog posts on topic of macOS kernel debugging, the fact is that at this point they are slightly outdated and mostly focused on using virtual machines.

The focus of this blog post is to describe how to perform two-machine kernel debugging on newer devices including Apple Silicon and the latest macOS version, which at the time of writing is macOS Monterey 12.2.1.

The setup described in this blog post includes an:

Intel-based devices are models released after 2020 that have only Thunderbolt 3/Thunderbolt 4/USB-C support, and the same applies for Apple Silicon.

The Kernel Debug Kit for macOS (KDK_ReadMe), used in this blog post as an official reference guide, describes that:

Additionally, you cannot perform two-machine debugging using neither USB Ethernet adapters nor wireless networking on any Mac. You must connect the host and a target device to the same network, but there are no other restrictions on how these devices are connected to that network.

This means that we can use an ethernet cable and a total of four additional adapters: 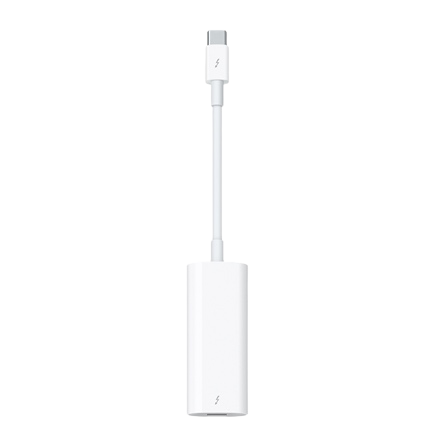 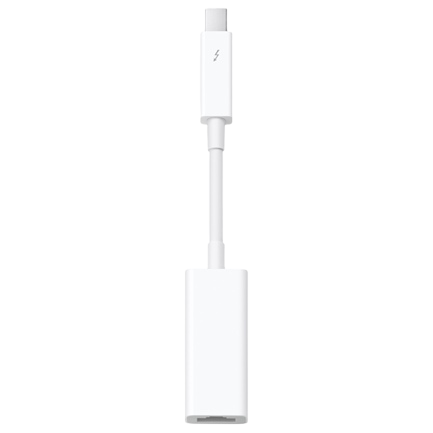 When configuring macOS for kernel debugging, the first thing to do is to identify the build version by running the sw_vers command in terminal:

The build version is important to download the appropriate version of Kernel Debug Kit (KDK) from the Apple’s Developer Downloads site. For example, in this setup the appropriate KDK file is Kernel_Debug_Kit_12.1_build_21C52.

Once installed, it will be located under /Library/Developer/KDKs/KDK_12.1_21C52.kdk/. Inside the mentioned directory there is a KDK_ReadMe file which contains all the necessary information regarding the macOS kernel debugging setup and configuration, as well as a System directory with different kernel and kernel extension variants:

For two-machine kernel debugging it is necessary to:

To configure an Intel-based Mac as a host device:

Additionally, to perform kernel-level debugging for Apple silicon devices, a core dump server should be configured by creating a directory, configuring the required permissions and loading the kdumpd Launch Daemon:

The last step in the configuration is to identify the correct ethernet device (en0, en1, etc.) by running the ifconfig command.

It is recommended to assign both the host and the target machine’s ethernet devices with a static IP address for simpler configuration, even when directly connecting the devices via an ethernet cable, especially if this is your first time configuring two-machine kernel-level debugging.

To configure an Intel-based Mac as a target device:

Finally, the boot arguments should be configured properly. For example:

Additional boot-args can be configured if needed.

When using other kernel variants, several steps must be taken:

To verify the configuration, reboot the device and execute the following command in the Terminal:

kern.osbuildconfig: development (the result will depend on the variant used)

With Apple silicon, the situation is different and the KDK_ReadMe states the following:

It is, however, possible to inspect a kernel panic by capturing the core dumps over the network by configuring additional boot-args:

To configure the Apple silicon as a target device:

The setup used in this blog post is shown in the figure below: 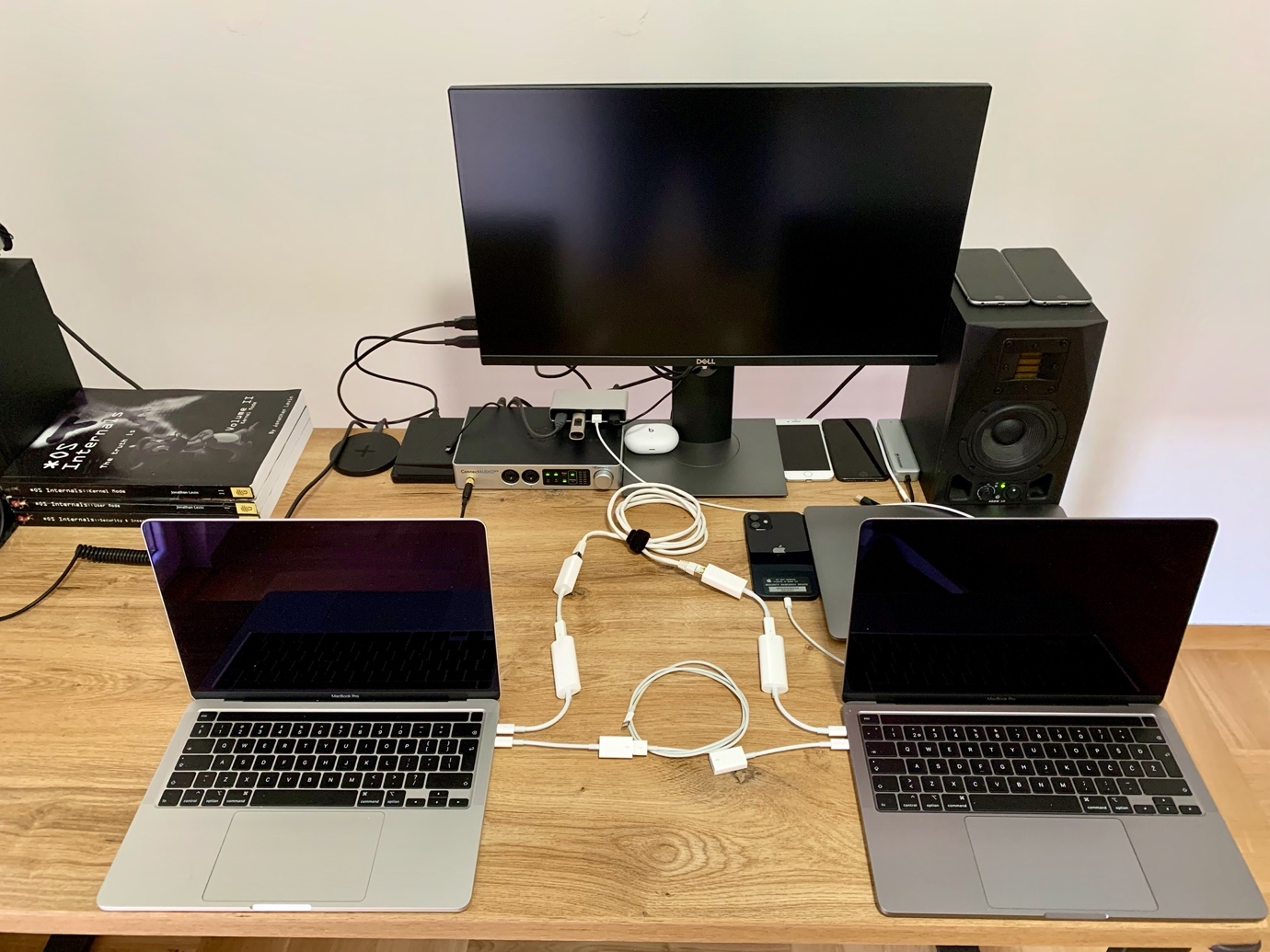 As previously mentioned, the LLDB used will be the one installed with Xcode 12, and it can be launched by running the following command from a Terminal on the host machine:

Next, kernel-code debugging can be performed in two situations:

On Apple silicon, if a NMI is triggered, a core dump will be generated and sent to core dump server (it can take a while to generate a core dump). The core dump can then be found in the previously set /var/tmp/PanicDumps directory and loaded in LLDB once unzipped, as shown in the following figure: 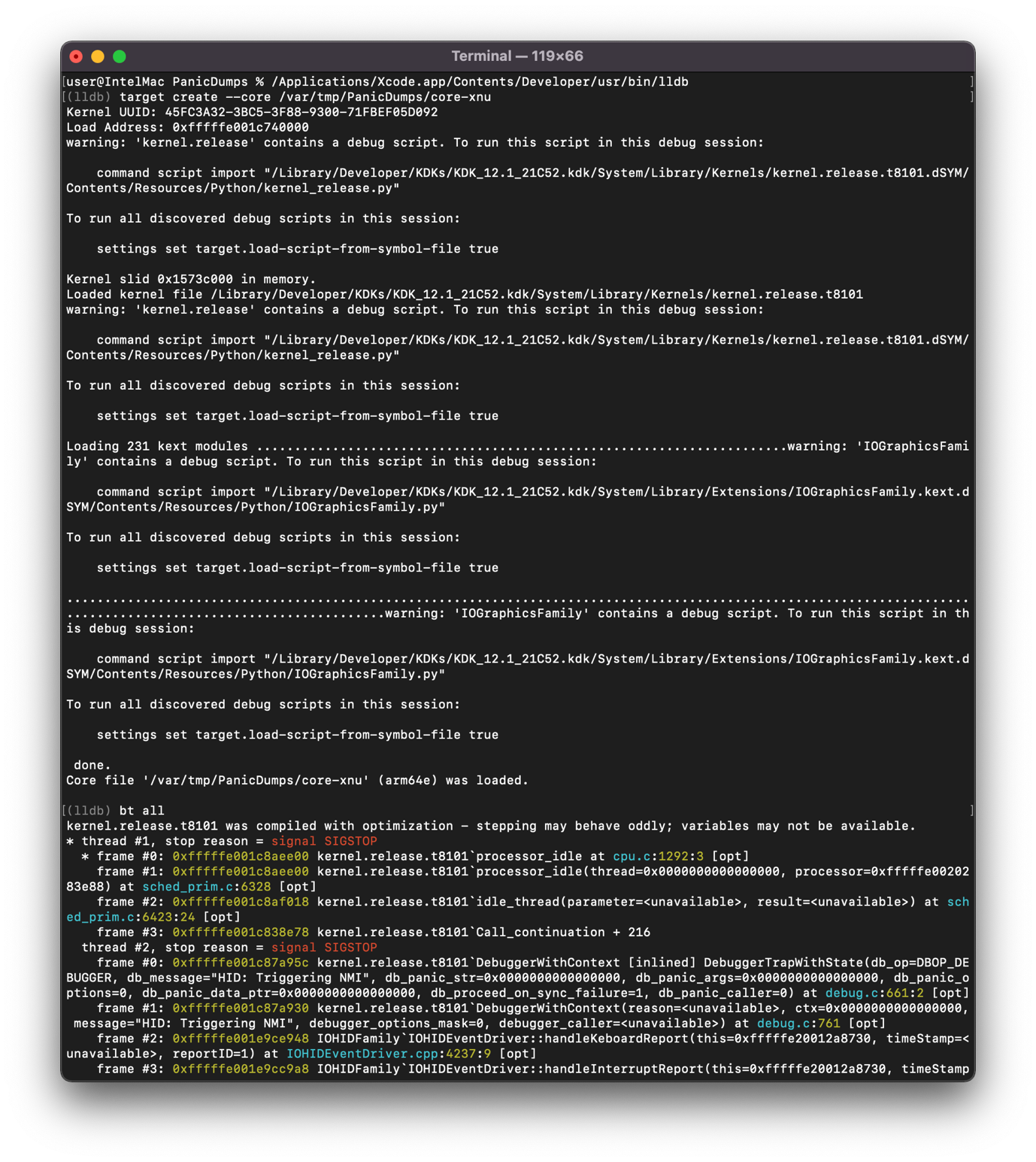 Similarly, if a NMI is triggered on an Intel-based Mac with development kernel variant, a core dump can be generated and sent to the core dump server by running following commands from LLDB: 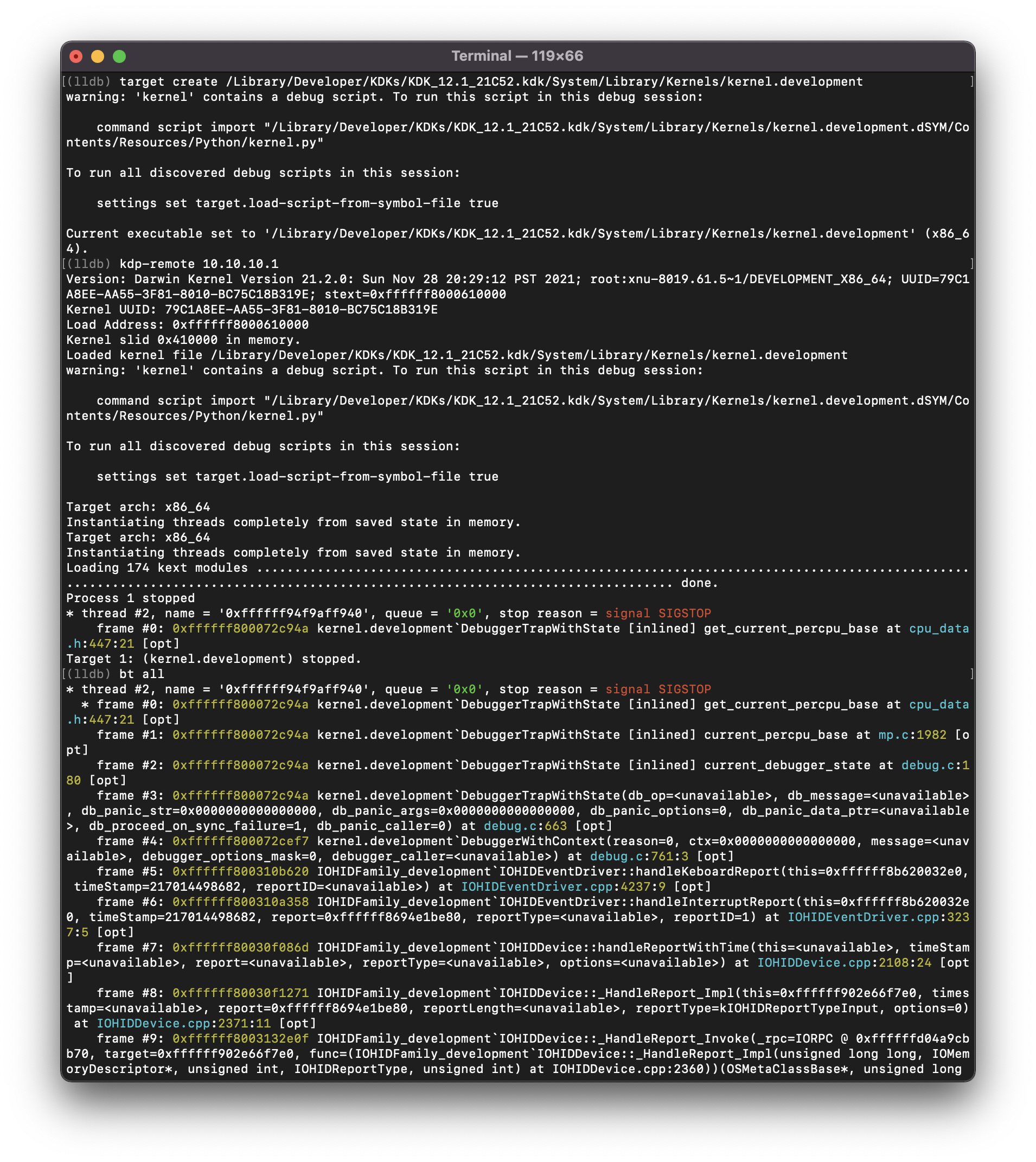 It is recommended to execute scripts as suggested by LLDB.

Once you are finished with a debugging session, refer to the the KDK_ReadMe as a resource for information on how to restore the original Mac configuration as well as default system security settings.

Given a fact that you can’t debug macOS kernel using your own machine, two machine macOS kernel debugging can look intimidating at first, especially since it requires two machines and several adapters. However, once configured properly it is a straight-forward process as described in this blog post. Best practice is not to use production Macs to perform kernel debugging but to use a machine for testing purposes. Also, monitor the KDK_ReadMe for any changes and use it as a reference guide.

An overview of macOS kernel debugging